Mongolia, land of the nomadic life, steppe grasslands that were the home of Genghis Khan, the desert landscapes, Ger tents, mountain glaciers, wilderness and the blue sky is a landlocked country and one of the worlds highest. With ancient ruins, stunning national parks, hunters training golden eagles, dumplings, laid back streets of Ulaanbaatar (UB), mix of Soviet architecture and traditional museums, palaces and monasteries it is the land with a rich history.

The Gobi Desert is the land of  harsh climatic conditions and the traditional life of namadic herders.  This is where dinosaur fossils have been found, you can walk on 800 m sand dunes, touch the ice that is there all year round and enjoy the dramatic and unusual landscapes.

Naadam is a traditional festival  locally termed “eriin gurvan naadam” “the three games of men”. The games are wrestling, horse racing and archery being held throughout the country during the midsummer holidays. Women have started participating in the archery and girls in the horse-racing, but not in Mongolian wrestling.

The biggest festival is held in the capital Ulaanbaatar (Ulaan Baatar, Ulan Bator, UB) during the National Holiday from July 11 – 13. The National Sports Stadium hosts the opening ceremony, the national titles for wrestling and archery. Horse racing is held in the countryside close to the capital with thousands of spectators coming to watch.  Other cities and towns across Mongolia and those with significant Mongolian populations in China, have their own smaller scale Naadam celebrations. Now it formally commemorates the 1921 revolution when Mongolia declared itself a free country.

UB is the largest city located in the Tuul river valley and surrounded by the Bayanzurkh Khairkhan, Bogd Khan, Chingeltei Khairkhan and Songino Khairkhan mountains. Situated at 1351 metres about sea level where almost half the countries population live and having a significant influence on the administrative, economic and legislative affairs of the country. The centre of the city is dominated by Sukhbaatar Square  surrounded by Parliament House, Opera & Ballet Theatre, City Council, Stock Exchange, banks, government  and other impressive buildings. There are also a number of interesting museums and Buddhist monasteries worth visiting.

Day 1 – After the long flight via Beijing we headed to the black markets of UB, meaning Red Hero, for some local shopping.  The airport has been described like a suburban bus station and the drive into UB was along some very rough roads with heavy traffic.  Mongolia was the world’s second oldest communist state and the Russian influence can be seen immediately in the soviet-style concrete buildings build for housing.  We enjoyed Japanese dinner, introduced to Mongolian tea which is made very weak with salt and a walk around the city square. 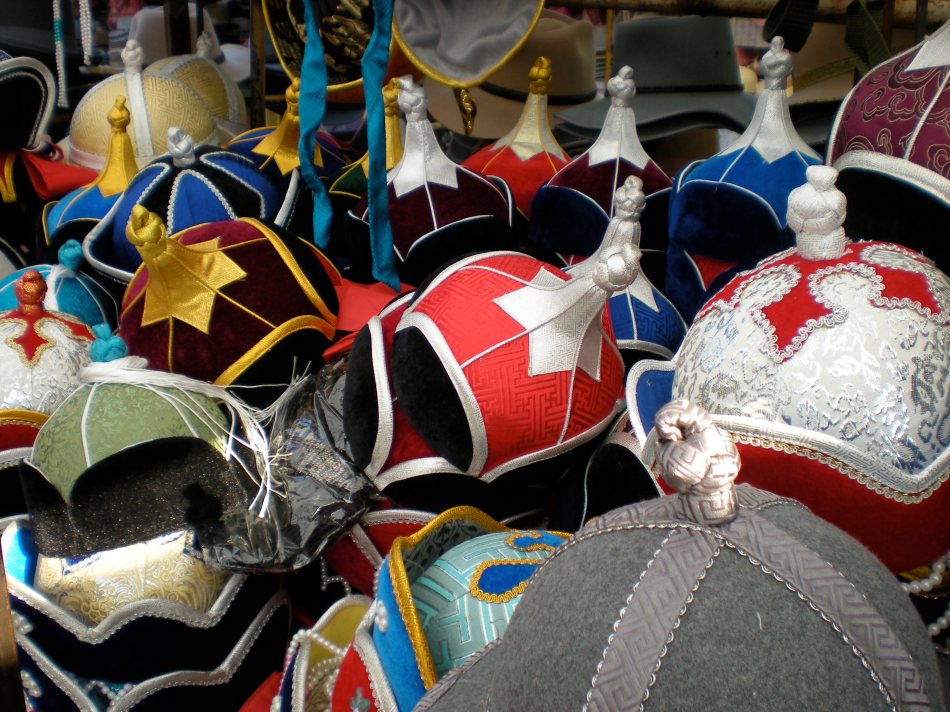 Day 2 – More people arrived and arrived from Beijing on the Trans-Siberian Railway,  if you love train travel have a look at the web site ‘The Man in Seat 61’. It took me a while to realise that the cars are both left and right hand drive. The other thing was to remember to leave several zeros off the figures when speaking about the money, Tugrik. It was not uncommon to see people wearing the traditional Deel, Gutal boots and the occasional person riding a horse. Great dinner at the Korean hot-pot restaurant.

Yesterday we could not find where parked the car at the black markets so when we ventured back again today there was lots of attention on where we parked. Little did we know when we were leaving we were going to be parked in. There was nothing to be done about it, no interest at all about where or how cars were parked and people went about their business. There was no reason to be concerned as when we made it to the streets they were at a complete stand still and cars driving where ever they could fit with no regard to sides of streets or footpaths.

Day 3 – The Lundaa family came together to celebrate the 40th wedding anniversary of their parents.  We joined the family at the summer house, dacha for the celebrations.

Day 4 – After shopping for supplies, including lots of water for the trip to the Middle Gobi Desert we travelled long into the night with our two capable drivers Sakhnnaa and Naraa. The roads quickly became several tracks across the land with the drivers regularly stopping and asking locals for directions.  After the long drive and a flat tyre we arrived around 1 am, very happy to see the smiling faces and a wonderful dinner was waiting for us at the Tsagaan Ovoo tourist camp.

Day 5 – An early morning walk around the The Ongi Monastery ruin, destroyed by Stalinist purges in the 1930’s and is situated on the east shore of Ongi River, southern slope of Mount Saikhan-Ovoo in Dundgovi Aimag. It was an important religious centre of the time where many monks practiced Buddhism. There were 13 ornate temples built along the mountain side and five worshipped cairn were erected surrounding the Monastery.

Travel to the South Gobi Desert, getting lost several times, well maybe a slight change of direction and bogged in the sands.  We are heading for the Flaming Cliffs “Bayanzag” , dinosaur’s native land and excavation site. It is an area of red cliffs formed many thousands of years ago and staying at the Gobi Oasis tourist camp.

Day 6 – South Gobi Desert – free day at the Flaming Cliffs. The landscape from the tourist camp is flat for as far as I can see for 360 deg. The generator comes on for a few hours each night and it the only opportunity to recharge our electronic batteries. There were some rain showers, lasting a few minutes and there were flowers everywhere.

Day 8 –  Travel to Gobi Gurvansaikhan National Park, Khongoriin Els, Sand Dunes or singing dunes, the largest and most spectacular sand dunes in Mongolia. Climbing to the top of the dunes which can be up to 800 m high and 20 km wide to enjoy the majestic views. 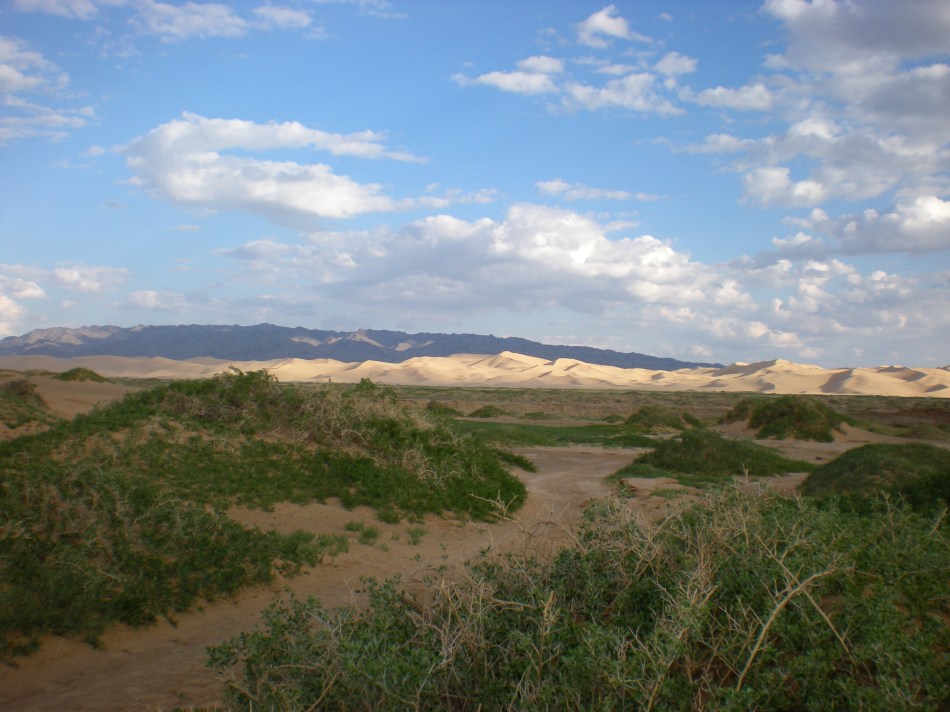 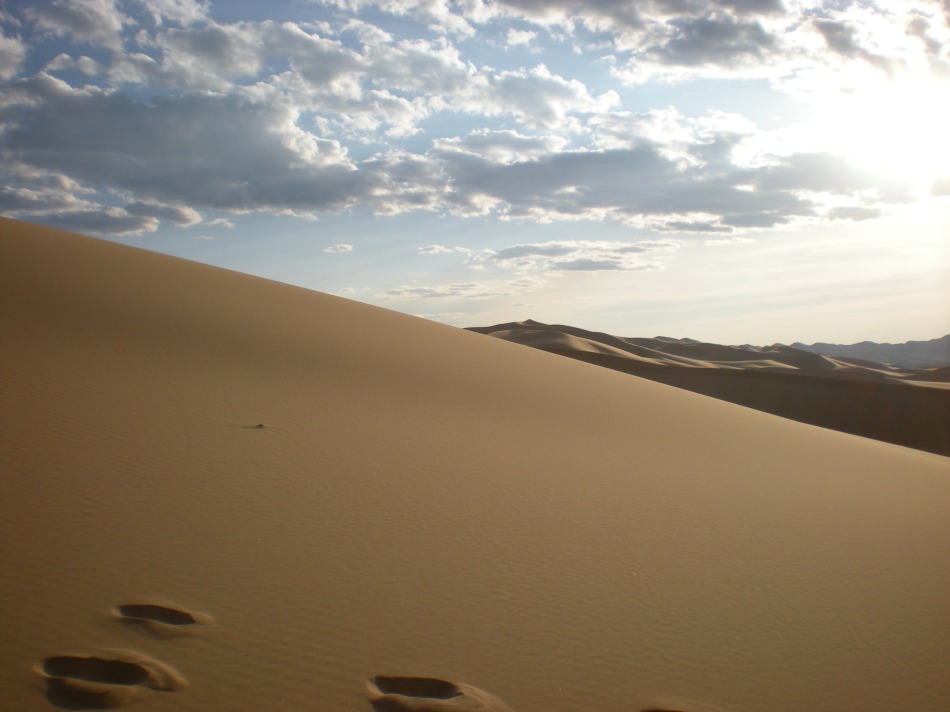 Dunes are north of the Baruunsaikhan Mountains, and in the northern part of the Sevrei and Zuulun Mountains, about 200 kilometres west of Dalanzadgad in Sevrei sum. They extend for 185 kilometres and include dunes that can reach 20 metres in height. The sound produced by the masses of moving sand can be heard from afar, and when it occurs, it is said that it can be mistaken for the sound of an aeroplane. Hence their name ‘singing sands’, or ‘musical sands’. The Khongurun River flows along the stand dunes and gives birth to oases.

It was a full moon, as I looked at the sky and straight to the horizon as the world was full of earth, sky and nothing in-between. Staying over night at Anar tourist camp.

Day 9 – Travel Day –  A spontaneous lunch with a nomadic family, one of their goats was caught, skinned, cooked and eaten the traditional Mongolian way. Returned to Tsagaan Ovoo tourist camp at Ongi Monastery for overnight stay.

Day 10 –  Very sad to be leaving the desert, there were hot days, rain showers and today a hail storm as we travelled north to the old capital Khara Khorum, staying at the Urguu tourist camp. We averaged about 35 km an hour travelling though the Gobi.

Day 11 – Kharakhorum – The 13th century capital of the Mongol Empire and city of Erdene Zuu monastery which was built in 1585 by Abtai Sain Khan and surrounded by a wall featuring 108 stupas. This number being a sacred number in Buddhism, the number of beads in a Buddhistoasory. It was damaged by warfare in the 1680’s and rebuilt in the 18th centuryand by 1872 had a full 62 temples insice. It is now a world heritage site.

We spent the afternoon at the local Naadam festival, such a colourful event with competition in horse riding and wrestling. The area outside Kharakhorum, where people had gathered was so colourful, Mongolian’s dressed in traditional deels, riding their horses around the parking area and everyone enjoying.

Day 12 – Travelled from Kharkhorum to UB for a home welcome and cooked dinner. 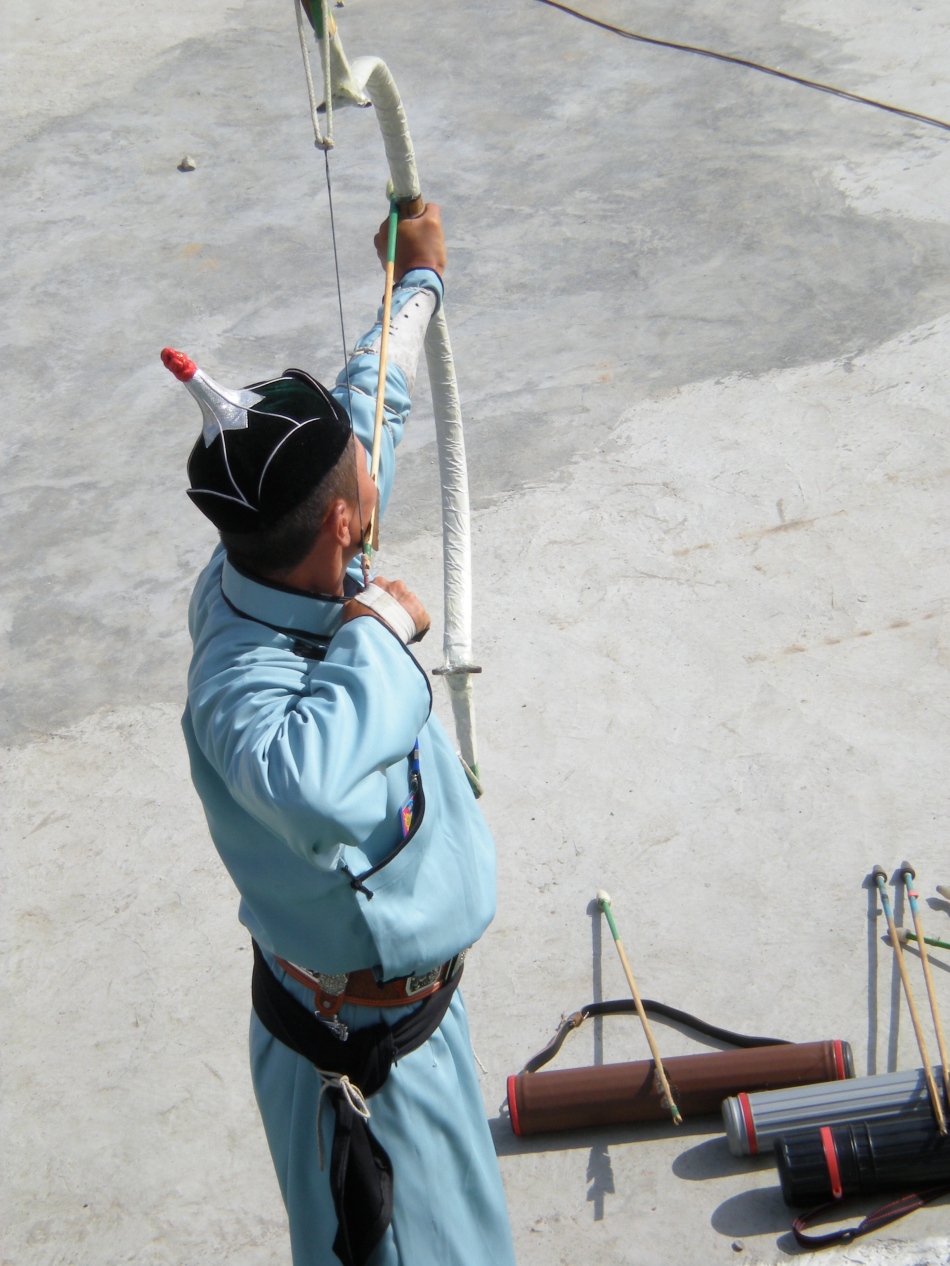 Day 16 –  Visited art galleries in UB and local sights including the 15 meter tall Golden Buddha at Buddha Park. The statue is at the foot of the Zaisan Memorial Hill honouring soviet soldiers who fought against Japanese invaders in the territory of Mongolia and Manchuria in 1939 -1945.

Day 17 – Enjoyed UB, travelling on the local buses and getting to know the city.

Day 18 – Choijin Lama Temple Museum, build in the first decade of the 20th century for the younger brother of the last religious ruler of Mongolia who was also the state oracle. It is situated in the centre of UB not far from the Wedding Palace.  The  Winter palace of Bogd Khan (Last emperor of Mongolia) build in 1905 by Tsar Nicholas ll of Russia for the eighth and last Ondor Gegeen. Mongolia’s last religious and political leader who died in 1924.  The National Museum to meet Wendy for dinner.

Day 19 – Another day enjoying UB, caught up with Wendy and saw the wonderful cultural performance of the Mongolian National Song and Dance Ensemble.

Day 20 – The long flight home to Sydney via Beijing.

DRIVING THROUGH THE GOBI – I’ve put some of the driving and 360 degree shots I took with my little point and shoot camera together with some free Mongolian music I found on line. Now the test is to find the trees in the Gobi Desert and get the feeling of what it was like.  Follow the link and the password is : mongolia108

MONGOLIAN EXHIBITION – After the trip to Mongolia the artists put together an exhibition of which I was included.  My piece comprises of a collection of photographs and drawings put together on the wall called ‘Life and Landscapes’. Again with my little point and shoot camera I panned around the room a couple of times and have edited out the worst of it.  Follow the link and the password is : mexhibition108

The story of the Weeping Camel

JACINTA HARFORD  My Year of volunteering in Mongolia and the Leadership Team for CAN Do Consortium, Women in Aid and Development

Mongolia Now and Then

The outside temperature was between 25 and 35 degrees below zero for the most part with windchill dropping it to minus 41 at one stage.